With catcalls and applause, Cannes debates rise of Netflix

CANNES, France (AP) — This year’s Cannes Film Festival has been a sprawling, international referendum on Netflix, with votes registered in catcalls and applause, and some of the biggest names in cinema staking out their positions.

As the world’s largest and most prestigious film festival, Cannes has often been a kind of glitzy, French Riviera town hall that measures the fluctuations of the movie industry. This year, the seismic impact of Netflix and its swelling movie ambitions have taken center stage. 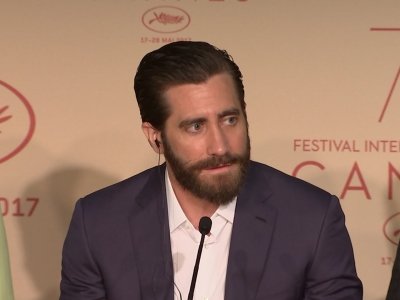 Jake Gyllenhaal, Tilda Swinton, Lily Collins and Paul Dano discuss the story and controversy at the premiere of Netflix’s ‘Okja’ in Cannes, France. (May 19)

The festival for the first time has two Netflix films in competition for the coveted Palme d’Or top prize: South Korean director Bong Joon-ho’s “Okja” and Noah Baumbach’s Adam Sandler-led “The Meyerowitz Stories (New and Selected”). Those selections sparked an outcry from French exhibitors, who recoiled at the thought of one of cinema’s highest honors going to a film that won’t play in their theaters.

When an agreement couldn’t be reached between Netflix and French theaters, the Cannes Film Festival declared that next year, streaming-only films will not be accepted for the competition. But that move has done little to pacify the passions surrounding Netflix or the anxieties over the future of the theatrical experience.

Netflix’s logo, appearing before the two films, has been met by competing cheers and boos. When the projection of “Okja” had to be stopped because of technical error, the festival quickly put out a statement promising that no anti-Netflix foul play was at work.

When it comes to Netflix, Cannes is far from chill.

“As long as I’m I alive, I’ll be fighting for one thing that I’m afraid the new generation is not aware of ... the hypnosis of the large screen for the viewer,” jury president Pedro Almodovar declared on opening day.

Netflix’s Cannes experience, which culminated in a hillside villa party Sunday night, will undoubtedly lead the streaming giant to reconsider its festival strategies. Ted Sarandos, Netflix’s chief content officer, told Variety that a Cannes return was “less attractive” because of the rule change.

The standoff begs the question: Who needs the other more, Cannes or Netflix?

For much of its 70-year history, Cannes has been an important and influential place for stars, filmmakers and film companies to stake their claim in the business. Netflix, like its streaming rival Amazon Studios, has made festivals a focus, buying up films from Sundance to Venice, and using the media glare of places like Toronto and Cannes to launch their films. The global nature of Cannes makes it ideal for Netflix, which has expanded to 190 countries.

Netflix is also embarking on its most ambitious, big-budget forays into movies yet, too, including Brad Pitt’s “War Machine” this Friday, “Okja” in June and Will Smith’s “Bright” in December. Smith, a member of Almodovar’s jury, spoke up for Netflix.

“In my house, Netflix has been nothing but an absolute benefit,” he said.

Others also praised it.

“Bong was able to do what he did with this film — the size of it, the scope of it — as a result of them giving him sort of cart blanche and the budget that he needed to do it, where other people would not,” said “Okja” star Jake Gyllenhaal.

New players like Netflix and Amazon have given filmmakers a badly needed new outlet at a time of ever-constricting Hollywood studios — which, notably, have virtually no presence at this year’s Cannes festival. And Netflix, which recently surpassed 100 million subscribers (about half in the U.S.), is poised to keep picking up the studios’ slack.

Large theater chains have refused to play Netflix films if they’re simultaneously streaming, a move Netflix has criticized. Amazon, which has several films at Cannes too, has been less disruptive, rolling its films out in theaters long before reaching Amazon Prime subscribers. Todd Haynes, whose Cannes entry “Wonderstruck” is an Amazon release, said its film division is made up of “true cineastes.”

But the French, strict guardians of tradition, mandate that any film, if it plays in theaters, must wait three years before reaching streaming services.

“If you go to New York, you have less theaters than in the past. In Rome, you have very few theaters. In France, you have a lot. Why? Because there’s  system which protects all of these theaters,” said Thierry Fremaux, director of Cannes, calling the Netflix controversy “the start of a new discussion.”

As the festival entered its second week Monday, the furor had begun to subside. After all, Netflix’s films, made by internationally respected directors, turned out to be pretty good.

Maybe Cannes and Netflix can coexist, after all.

Flea Market Find: Billy the Kid Photo Could Be Worth Millions 3068

Absence of Karma – The Unfortunate Continent 4280

Smile for the Camera: Apple Wants Next iPhone to 3D-Scan Your Face 3044

How Safe Would You Feel? Boeing Looks to Fly Pilotless Passenger Planes 3677

‘The Future Is Upon Us’: Tech Firms Look to Train Robots in Virtual Reality 4210